CIVIC INFLUENCERS™ BOARD OF DIRECTORS 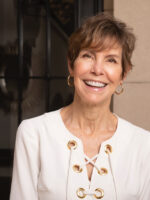 “I am an activist. If we want our children to live in a democracy, and our girls to enjoy full equality, we must support young people’s civic education and engage them in the voting process. That shouldn’t be partisan and that’s why I believe in Civic Influencers.”

Leslie Sweem Bhutani had a career in financial services prior to becoming an activist in social justice causes. She was on the board of the League of Women Voters of Greenwich, CT and was a founding member of Connecticut Against Gun Violence. She is currently on the board of Planned Parenthood California Central Coast, the Brennan Center for Justice and the Equal Rights Amendment Coalition. She has also volunteered on committees for the Humane Society of the United States, the Children’s Aid Society, NYC, the Brady Campaign to Prevent Gun Violence and the Community Environmental Council in Santa Barbara, CA. She is an executive producer of several documentaries, most recently about environmental issues. She splits her time between New York City and Santa Barbara and is an active investor in companies that will change the world. 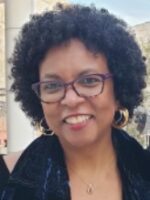 Sheryl L. Carter (she/her/hers) is the daughter of Thomas (Factory Worker/Construction Worker who traveled north from the South during the second wave of the Great Migration), granddaughter of Frederick (Pullman Porter who died young because the local White hospital refused him treatment), and great granddaughter of Floyd (Entrepreneur/Barber who was enslaved during childhood). Sheryl believes that her lineage and lived experience as a Black woman inform her professional expertise as much as her education and work experience.

Sheryl founded and led Negash and Associates before establishing The Carter Leadership Collaborative. Prior to that, she held executive management positions with Los Angeles County Department of Children and Family Services, Lynwood Unified School District, and Los Angeles Unified School District. Sheryl has also served in leadership positions on numerous volunteer boards, including the Yale Black Alumni Association, Yale Women, Yale LA, and the Yale Alumni Association Board of Governors. Between 2016 and 2018, Sheryl co-chaired the Yale Alumni Taskforce on Diversity, Equity and Inclusion. In 2018, Sheryl was awarded the Yale Medal, the highest honor given to alumni for service to and on behalf of the University. Sheryl holds a bachelor’s degree from Yale University and a professional mediation certificate from the Straus School of Law at Pepperdine University.
More at https://carterleadershipcollaborative.com/ 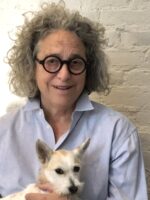 “I’m a daughter of Holocaust escapees and was raised with the core beliefs that apathy and silence are unacceptable responses to injustice, that democracy is a privilege, and that voting is a civic duty.  I am passionate about the data driven work that Civic Influencers is doing to co-create a movement of engaged and very diverse young people to vote, protect, expand and defend our democracy and freedoms.”

Vivian Polak is a daughter of Holocaust escapees and was raised with the core belief that apathy and silence are unacceptable responses to injustice, that democracy is a privilege, and that voting is a civic duty.  A graduate of Barnard College (cum laude) and Harvard Law School, she was a partner at a NYC-based global law firm where she formed and led one of the first law firm information technology practice groups.  She also re-envisioned law firm diversity, equity and inclusion to promote DEI among partners (most law firm efforts focus on entry-level associates and not on more senior lawyers) and she established a nationwide program for Fortune 500 general counsels to engage in conscious consumerism to retain diverse partners at major US law firms.  Since retiring from law firm practice, Vivian has focused on social entrepreneurship and on establishing, with her wife, a charitable foundation dedicated to promoting a more level playing field by changing the systems and structures that limit opportunities for many. 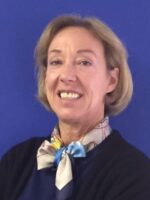 Elizabeth (“Liz”) Ricci has been involved with Civic Influencers since early in its history and has seen the tremendous growth and impact the organization has had over time. After a career working at Procter & Gamble, as a Director of Finance and then Director of Global Ethics & Compliance, she wanted to devote more time and energy to helping Civic Influencers achieve its mission of engaging as many students as possible with full recognition of the disparities that currently exist within our voting systems and our democracy.  “I grew up believing we all had a role to play in keeping our democracy strong, but I also took the access I enjoyed for granted. That can no longer be the case, and we must continue working until we can guarantee that same understanding and access for all. Our focus on the students we serve will help build a lifelong commitment to the responsibility we each share to keep our democracy strong.” 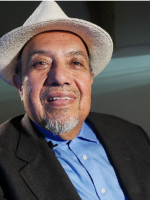 Magdaleno (“Leno”) Rose-Avila  grew up one of 12 children of immigrant parents from Mexico and started working in the fields at age 11. At  University of Colorado, he helped create the first programs for students of color. After joining a United Farm Workers strike he worked with Cesar Chavez at the United Farm Workers, running his first state-wide voter registration drive with them in 1972. Later he ran the Cesar Chavez Foundation. As a regional director for Amnesty International, he worked with Coretta Scott King and Joseph Lowery and got Sister Helen Prejean, who wrote the book and film Dead Man Walking, involved in the death penalty. In the Labor Dept he played a key role getting gender equity bill Title IX enacted and later was a Peace Corps director in four countries. He founded and ran Homies Unidos in Los Angeles and El Salvador, where former gang members empower current members to understand nonviolence and creatively resolve conflicts, ran Seattle’s office of Refugee and Immigrant affairs, and was named Distinguished Citizen of the Year by Seattle’s Human Rights Commission. 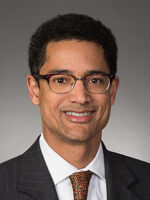 “I am a voting rights lawyer, and in March 2021 I argued before the United States Supreme Court that ‘more voting restrictions have been enacted over the last decade than at any point since the end of Jim Crow. And that the 3 months since the 2020 Presidential election had seen an even greater uptick in proposed voting restrictions, many aimed squarely at the minority groups whose participation Congress intended to protect.’ We now have 425 voter suppression bills in 49 states already this year, 33 of them have become law in 19 states.

I believe the work of Civic Influencers to organize young people (and particularly young people of color), and give them the tools to advocate and remove voter suppression barriers, is a vital component in our fight to save our democracy.”

Bruce V. Spiva has tried cases, conducted arbitrations, and argued appeals in areas of law ranging from congressional redistricting, civil rights, and First Amendment, to antitrust and securities. Bruce has an active political law trial practice, having tried 12 redistricting and voting rights cases in the past six years, and several others earlier in his career.

In addition to his trial practice, Bruce is an experienced appellate lawyer. He has argued before the U.S. Supreme Court and in the U.S. Courts of Appeals for the District of Columbia, the Fourth, Seventh, Ninth (including en banc), and Eleventh Circuits, as well as several state supreme and intermediate appellate courts. He has a long track record of litigating public interest cases, including representing a sexual assault survivor in a case that led to the overhaul of police and hospital response procedures in Washington, D.C., representing a class of public housing residents in a housing desegregation case, and submitting a brief on behalf of Black Lives Matter protestors in BLM v. Trump. Bruce has successfully litigated nationwide class actions on behalf of both plaintiffs and defendants.

Bruce has published, spoken, and testified on antitrust, voting rights, and other issues. He has long been active in civic and professional service organizations, including the movement for D.C. statehood. Bruce has served as the chair and is a current member of the board of directors of DC Vote, an organization dedicated to securing statehood for the District of Columbia. He is also the chair of the board of Statehood Yes. In 2007, he testified before the U.S. Congress in favor of the proposed D.C. Voting Rights Act.

Bruce also serves on the advisory boards of the Institute for Consumer Antitrust Studies and the American Antitrust Institute. He formerly served as a member of the board of directors of the D.C. Bar Foundation, which funds organizations and attorneys who provide access to justice for low-income people in the District of Columbia. He is the former co-chair of the D.C. Bar Litigation Section. Prior to joining Perkins Coie, Bruce headed his own law firm and was a partner at another national law firm. 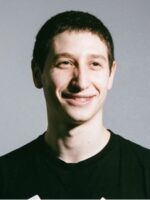 “I believe a crucial ingredient in the lasting success of our democracy is to make voting easy and uncomplicated, especially for young people and those who are marginalized. Our voting system is outdated, outmoded and ridiculously complicated, which prevents young people from voting and weakens our democracy. As a software engineer and founder of a tech startup, I am passionate about software solutions to problems. But I also believe in the need to engage with people face-to-face. Civic Influencers uses data-driven organizing to bridge the gap between technology and community, and to make voting more accessible. I think it’s going to have an enormous impact on young people and their ability to influence democracy.”

Ari Weinstein studied Computer Science at MIT, but dropped out to start Workflow, a tech company in San Francisco. In 2016, Ari and took a break from building Workflow to start VotePlz, a 501(c)3 non-profit aiming to engage young people to vote in the 2016 election. Subsequently, Ari continued to build his company, which was acquired by Apple in 2017. Ari believes deeply in the power of civically-engaged young people, and is excited to use his experience with technology to contribute to the very crucial, data-driven work that Civic Influencers is doing. 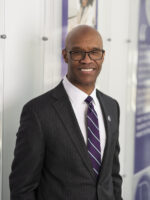 Charles Whitaker is Dean and professor at Northwestern University Medill School of Journalism, Media, Integrated Marketing Communications, where he previously served as the Helen Gurley Brown Professor, Associate Dean of Journalism, and a member of the faculty since 1992.  Whitaker, who holds bachelor’s and master’s degrees from Medill, is the first alumnus to serve as dean of the school. Before joining the Medill faculty, Whitaker was a senior editor at Ebony magazine, where he covered a wide range of cultural, social, and political issues and events on four continents, including two U.S. presidential campaigns and the installation of the first black members of the British Parliament. Whitaker has led a prolific journalism career, working with institutions such as the Miami Herald and the Louisville (Ky.) Times, and contributing articles to the Chicago Tribune, The Chicago Sun-Times, Chicago Magazine, Jet Magazine, Essence Magazine, The Philadelphia Inquirer, The Saturday Evening Post, Chicago Parent magazine, and Folio, the magazine of the magazine industry. Among Whitaker’s many notable roles and endeavors, he has authored four statistical analyses of the hiring of women and minorities in the magazine industry, co-directed Project Masthead (a program designed to encourage students of color to consider careers in the magazine industry), advised on diversity issues for the Magazine Publishers of America. He serves on the board of directors for numerous professional organizations, including the American Society of Magazine Editors, the Center for Public Integrity the Prison Journalism Project, The Evanston RoundTable, and Block Club Chicago.