Young people’s ability to swing elections and determine the course of our democracy is the greatest it has ever been. In 2020, 12 congressional seats were flipped with less than a fraction of local campus enrollment. Presidential, Senatorial, Gubernatorial and down ballot elections – all can be powered by young voters.

CIVIC INFLUENCERS is committed to making young voices and votes matter in our democracy.

We are optimistic about increasing youth voter engagement. The data demonstrates that there is a significant population of young people who not only are eager to make their voices heard, but live in places where their votes can have enormous impact — if they are organized, motivated, and given the resources they need to succeed.

We believe that supporting America’s young people now will lead to a future where youth have a deciding voice in our democracy. In this 2022 Midterms Election Cycle, we are building momentum onto the 2024 Presidential Election. We have the potential to have record turnout among young people, as they learn about their power to swing elections and determine the future of our democracy, gender, LGBTQIA+ and racial equality, student debt relief, gun violence, climate change and more. 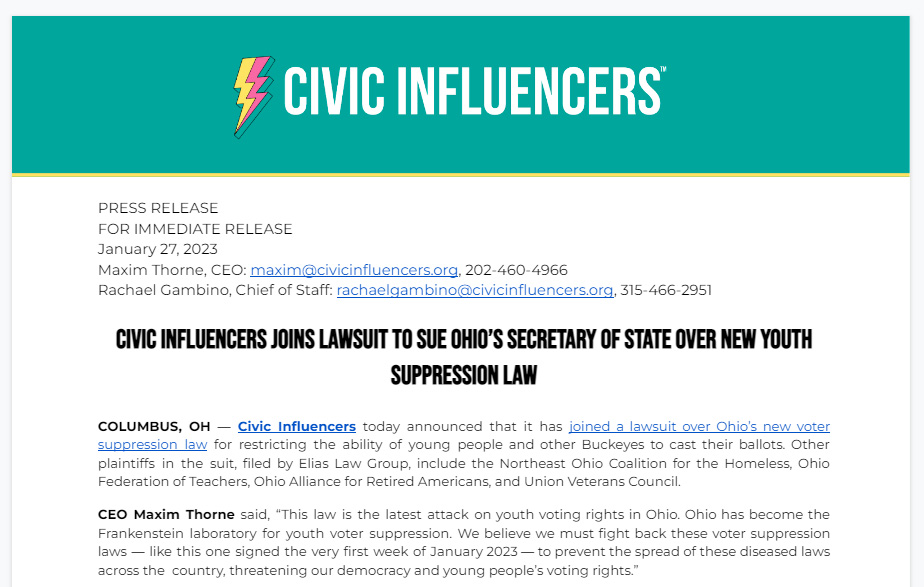 COLUMBUS, OH — Civic Influencers today announced that it has joined a lawsuit over Ohio’s new voter suppression law for restricting the ability of young people and other Buckeyes to cast their ballots. Other plaintiffs in the suit, filed by Elias Law Group, include the Northeast Ohio Coalition for the Homeless, Ohio Federation of Teachers, […] 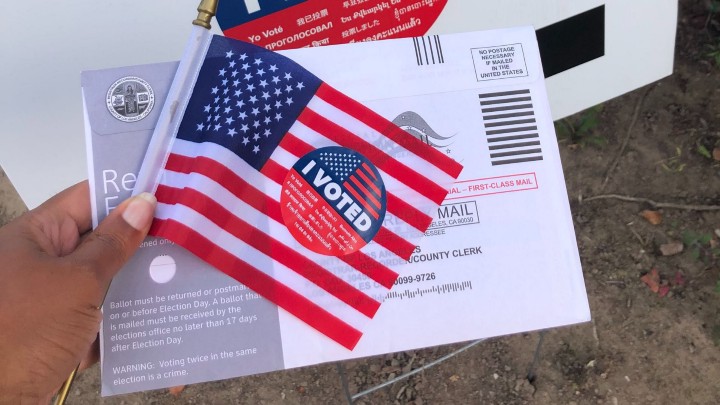